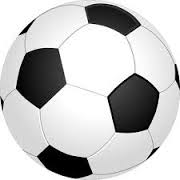 TALENTED footballer Matthew Read will be representing Lancashire in the final of the English School’s Football Association Cup on Saturday.

The match, against Greater Manchester is being played in the Ricoh Arena in Coventry.

Matthew, 15, from Haslingden High School earned his place in the Lancashire side when he attended trials along with 100 others for just 20 places.

He said: “I started playing football in Year 6 but I didn’t make my school football team until I started at Haslingden High School and I have been in the team since Year 7.”

Last year he was also picked to play to play for Rossendale town team.

The striker was talent spotted when he competed in the cup match against Humberside and has been on a trial with Leicester.

The team went on win against Staffordshire, Surrey and Merseyside to earn the place in the final.

He said: “I have decided I am going to do A level PE in the Sixth Form and am just waiting to find out if I have been successful at Leicester.”