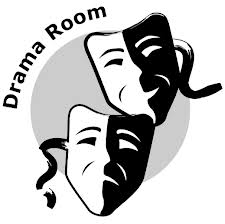 DRAMA students have been visiting primary schools to share their passion for the subject and run teaching sessions.

They introduced different drama techniques including tableaux where the pupils used their bodies to represent a scene, and soundscape where the young actors became an orchestra.

Sam and Abbie helped to enact Theseus and the Minotaur creating a Labyrinth while Jack and Erin helped the pupils to present Pandora’s Box.

Jack said: “The Broadway pupils were all joining in and we gave them skills that they can now build upon. Miss Anthony is now working with the school on their Christmas production.”

Jack and Erin also helped Northern Primary School in Weir to hold a ‘No Pens Day’.

Erin said: “No writing was involved and instead pupils used drama to tell stories and they all seemed to enjoy it.”

All four are taking drama for GCSE and said they would like to become teachers.

Jack added: “It was a great experience for us all and it was completely different to teaching someone of your own age.”