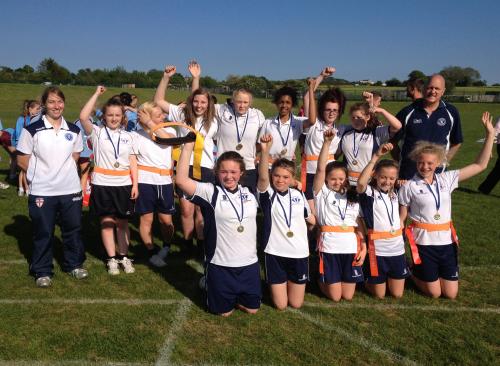 The success for Years 9 and 10 came hot on the heels of the school’s Years 7 and 8 team being runners-up to St Augustine’s the previous night.

PE teacher Erika Wilson said: “The Year 9s and 10s were anticipating some hard games as the winners of the U13s competition – St Augustine’s – had brought along two teams.