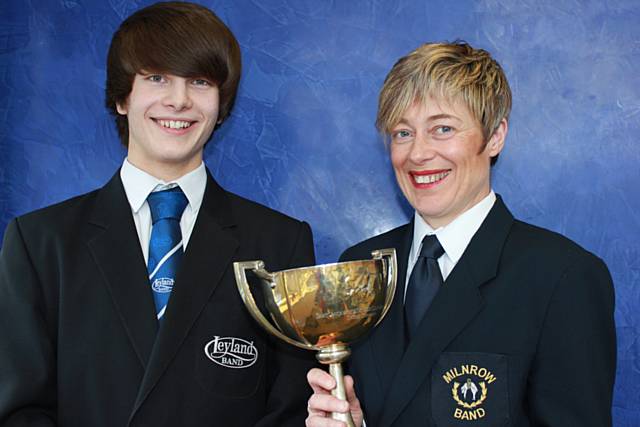 A MUSICAL mother and son have won through to compete in a national brass band competition – but they will be playing in different bands.

Both bands earned their places in the National Brass Band Championships after competing in the North West Area Championships at the Winter Gardens in Blackpool.